One of the things that gives our art work a unique character are the tools we use. These aren’t just any run-of-the-mill hardware store tools. These tools have a history. A soul. Many of them belonged to our parents and grandparents. We don’t simply enjoy using them because of their family history. It goes much deeper than that, because we each grew up using these very same tools. And, each of them has provenance. Each of these tools were used in a professional trade.

Here are a few examples of the tools we currently employ in our tin work. The two dollies were used by my Grandpa Smith in his Radiator/Body Shop in the 1920’s, ‘30’s and ‘40’s. Back when cars were made from actual steel. If you needed to shape a new body part or re-shape a damaged one, you would place the appropriate dolly behind the piece of steel and pound on the other side with a hammer, until the desired shape was achieved. These dollies are made from solid blocks of steel. After they were retired to my Grandfather’s personal workshop, I used them for many “important” projects when I was a kid. I even used them to pound out a few dents in friend’s cars.

One of the ball peen hammers belonged to my Grandpa Swinford. He used it in his carpentry business and I used it when I first learned to hammer nails (it was a lot lighter than a claw hammer and I hit the wood as often as I hit the nail, so it really didn’t matter if it was the right tool or not).

The other ball peen hammer belonged to Shawn’s Mother, Phyllis. She used it in her Art Gallery. Shawn spent a lot of time working in the gallery and used it to hang pictures.

Each of these tools were originally used professionally, for years, in artful endeavors. Over time they developed scars and wear and characters all their own. These very tools were used by our parents and grandparents to teach us skills and pass along a little bit of their knowledge. We are carrying on that tradition by using them in our own artful endeavors. Used together, they shape our tin work and give each piece a unique appearance and a little bit of history all their own.

In case you might’ve missed something in the month of January…Here are the top greatest “clicks” for the first month of the New Year!

How can I have an office in such a small space?

Roses are Red…Violets are Blue…
Trends for 2012

Please feel free to contact me anytime. I love all your ideas and comments.

Well…I’m happy to report that I had a great “Pre-Valentine’s Event” selling our De-lish (sorry I made it up) Peanut Butter and White Chocolate Cookies on Wednesday.

People enjoyed the sampling and LOVED the bundle packs in the pretty pink and red hues. They also loved the hammered heart shaped tag with a cute sentiment such as “I Love You” or “Run Away With Me”

I was with a group of ladies and discussing the tags and personalizing them. I showed the example of the heart with the saying “Run Away With Me” and one gal said “How about just run away?” another gal piped up and said “How about drop dead?” the gals and I started laughing and I responded that I am happy to add any sentiment you’d like. Next thing I know we are creating crass poems with the start “Roses are red, violets are blue, I saw you cheating and now we’re through!”.

More chucking and giggling…however, any comments and thoughts from the customers are always appreciated.

Anyway…I received a lot of orders and excited to get started on my tags. THEN next weekend, I’ll be busy baking away.

I was able to get some corporate orders for their clients/customers. Several Realtors and and Insurance Group.

If anyone is interested in purchasing a bindle pack for your Valentine and add a heart shaped tag…I’m happy to take orders. If you are seeking corporate gifts, happy to chat too. 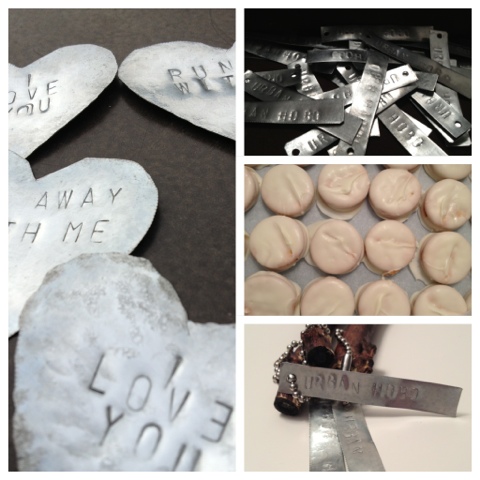 In my last post…I was filling you in about the Valentine’s treats we are creating for that special someone in your life! (wink wink smiley face) Well, we are doing a small venue at our office complex. We have been very pleased at the response so far as many people know how much I LOVE creating fun and “kitchy” stuff being art or artful treats!

We are creating some cute heart tags along with our “Urban Hobo” ones with a loving sentiment.
To my Realtor friends…these are great gifts for your clients. We can create another “heart shaped” tag that reads “Unpack Your Home” Or “Unpack Welcome Home”. With the great packaging and the cost of $15.00 for two dozen cookies…it’s a special way to say thank you and not break the bank in doing so.

Hopefully it will be a great success…I’ll keep you posted on the results and let you know how I did. In the meantime, I am still taking orders to be shipped across the US…just send me an email shawn@urban-hobo.com or call 480-215-2329…I am happy to take your order and get it out to you pronto! (quickly)

Urban Hobo Cookies-A Couple of Friends Helping Me Out!

Well Christmas is over and I am still baking!!! You’d think I would be sick and tired of baking by now….however….I really… truly LOVE it. I do not know what it is; I can be exhausted from my “real job”, come home and get energized to start baking.

Juan and I were so pleasantly surprised at the great responses we’ve received from the customers we sold our hobo bags to. What has happened…the people that received them as gifts, have contacted us for new orders. For that I am so grateful and thankful people are enjoying.

So …I have a couple of “friends” assisting or rather cheering me on to complete orders for this week.

If you are into peanut butter and white chocolate, you’ll love these. They are simple yet delicious. AND…they are delivered (or shipped) in these cute hobo bags (or bindle packs)!

A great price ($15.00 for two dozen) for the peanut butter/chocolate lover in you!

Our next phase…we are attending several Farmers Markets in the coming weeks for anyone to sample our delectable goodies and check out our cute packs. Also, we are completing our website that will list our products of yumminess (I know, I know making up word s again).

Last but not least…all will be accomplished in a small space traveling in a small car. (wink wink smiley face)

A Special Ornament Every Holiday

﻿ During the Christmas season…Tons of memories flood my tiny little brain. The main one is always of my father. My Dad LOVED… I mean La La LOVED this time of year! Bing Crosby and Nat King Cole Christmas music was blaring on the stereo and we set out to find the perfect  Christmas tree (which meant HUGE). Oh and it had to be flocked…you know …for the snow effect. Although we did not get a lot of snow in El Paso TX…my Dad loved the flocked trees. I guess it reminded him of the wintery settings he enjoyed through his youth in Rochester NY with his 8 brothers and sisters! (Big Irish Catholic Family)

When I lost my father, I lost my best friend…my support….my hero. He was John Wayne! I was the youngest and only girl and I believe my Dad was wrapped around my little finger. (wink wink smiley face) We did a lot growing up together and yes, I would do all the “boy stuff” like camping, fishing and working in the yard with him.

He was a man of integrity… with God in his heart, strength in his hands and very humble. My family and I were amazed at the countless letters of condolences regarding my father’s passing that year and how much he did for their family. Juan (hubby) could not believe the charitable things he did without telling anyone…without saying a word. He was a good man with a HUGE heart.

I honor Pops each year during the holidays. If you have lost a loved one…or know someone who did…this is a great token to give to a loved one who has lost someone special.

I know you can buy these at any craft store; small picture frames that are made to hang as ornaments. My sister-in-law found several of these and put dad’s picture in it. She made one for me, her husband (my brother) and my other brother. It was a tough year 2007, the three siblings PLUS their spouses each lost a parent that year. No kidding… each one of us. So my beautiful and thoughtful “sis-n-law” created such a beautiful token to honor my Dad each year when I trim the tree. For me…that small little picture frame ornament was THE most precious gift I received that year. No amount of technology, jewelry or clothing could top such a gift. It brought tears to my eyes and I will never forget such a thoughtful and wonderful gift.

So if you’ve lost someone special OR you know someone close who has lost a loved one, I would recommend getting one of these little frame ornaments and creating a special gift.

May this year be the merriest of holidays for you and your family.

Well….I’ve been spending many nights mixing up batches of my cookies and today had several orders ready for delivery. Thank you so much for your orders.

These are simple yet awesome cookies. If you love peanut butter and white chocolate you’ll love these!

I love this time of year as so many spend time creating fabulous treats for friends and family. For me…I would much rather receive a homemade treat from someone than any pricey store bought item. Don’t get me wrong…. I love anyone who takes time to buy me or make me something. Anyone who thinks of me as someone special to deliver a gift is always appreciated. However, nothing says Christmas and how much they care than a homemade or handmade gift.

I hope this holiday season is finding your home full of happiness and love. 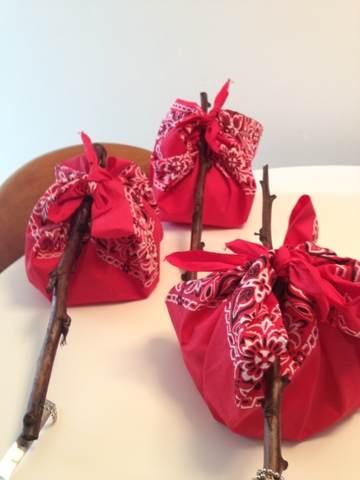